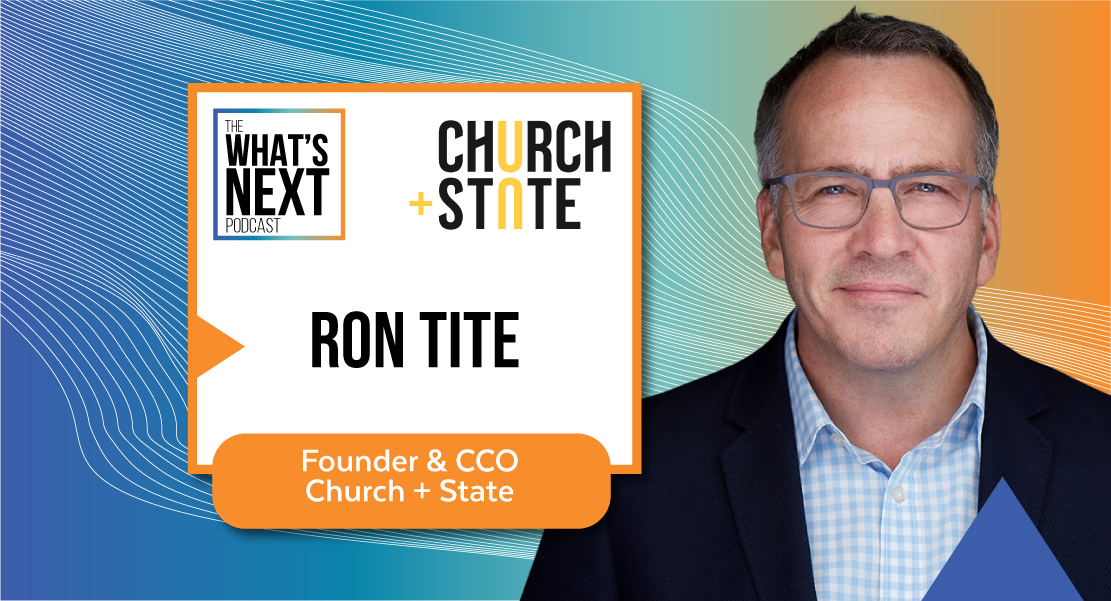 What’s Next with Ron Tite

Season 2 of the What’s Next podcast has landed!

We speak to Ron Tite, Founder & Chief Creative Officer of Church+State agency. Ron talks about putting the soul back into advertising and doing things that have never been done before.

What a great outlook for 2022 and beyond!

A best-selling author, speaker, and entrepreneur, Ron Tite has always blurred the lines between art and commerce. He has been an award-winning advertising writer and Creative Director for some of the world’s most respected brands including Air France, Evian, Fidelity, Johnson & Johnson, Intel, Microsoft, Volvo and many others.

He is founder and chief creative officer of Church+State, an agency that unifies content and advertising. In a partnership with Roger’s Frequency Podcast Network, he’s the host and executive producer of the hit podcast, “The Coup”, which recently won “Outstanding Business Series” from the Canadian Podcast Awards and the NY Festivals.

He has written for television. Penned a children’s book. Wrote, produced and performed a hit play. Created a branded art gallery. Published an award winning comedy book with CBC Radio’s hit show, “This is That”. And was Executive Producer & Host of the awardwinning comedy show, Monkey Toast.

In demand as a speaker all over the world, Ron speaks to leading organizations about creativity, disruption, branding, and leadership.

Ron’s first book was, Everyone’s An Artist – Or At Least They Should Be (Co-written by Scott Kavanagh and Christopher Novais), was published by HarperCollins in 2016. His most recent book, Think • Do • Say: How to Seize Attention and Build Trust in a Busy Busy World, hit store shelves in October of 2019.

Ron sits on the advisory boards for the Toronto Sketch Comedy Festival and the Institute for Health & Human Potential.

The podcast is brought to you by Active International, a global leader in Corporate Trade within the Media & Advertising industry.

What's Next with Gillian McMichael

What's Next with Duncan Stewart